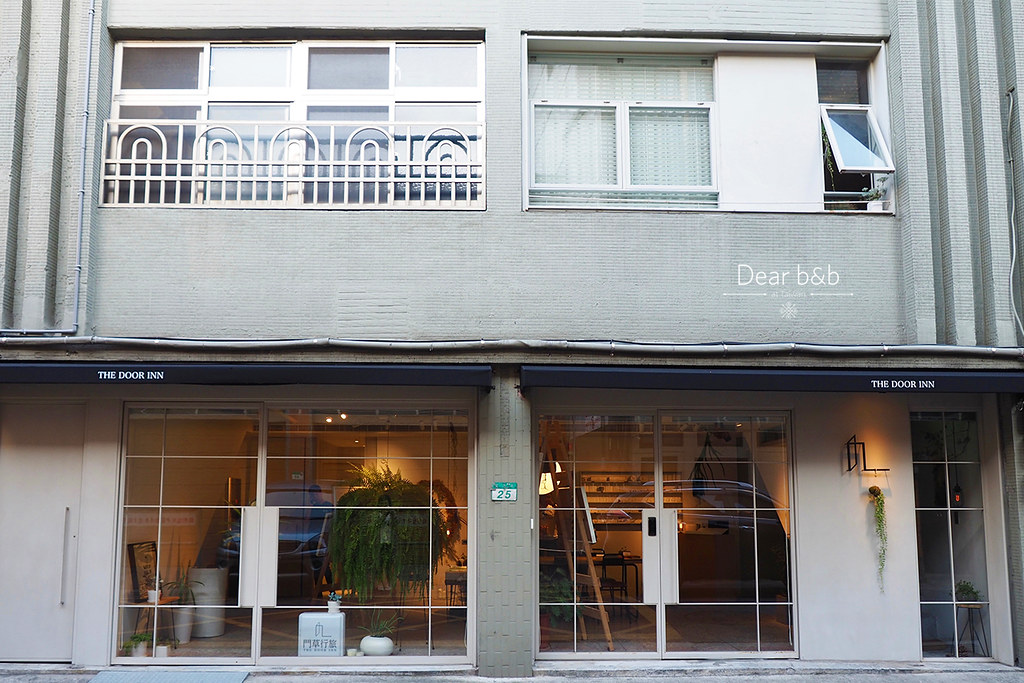 I’d like to book Taipei (Dadaocheng) The Door Inn

Daylight crawls along the outline of the old city, leaving the buildings bathed in warm sunshine. Dadaocheng, whose neon rouge has faded with the passage of the years, now puts on some refreshing makeup, presenting her appearance with refinement. While Dihua Street is buzzing with activity as always, somewhere quiet is hiding behind all the hustle and bustle. The Door Inn, with its shimmering wall of ivory tone, shakes off its dusty past and stands out from the other houses in the tranquil alley. Here, a door is open for you, with a moon-like light ball on and a faint whiff of fragrance, greeting and inviting you to open the door of Taipei City. 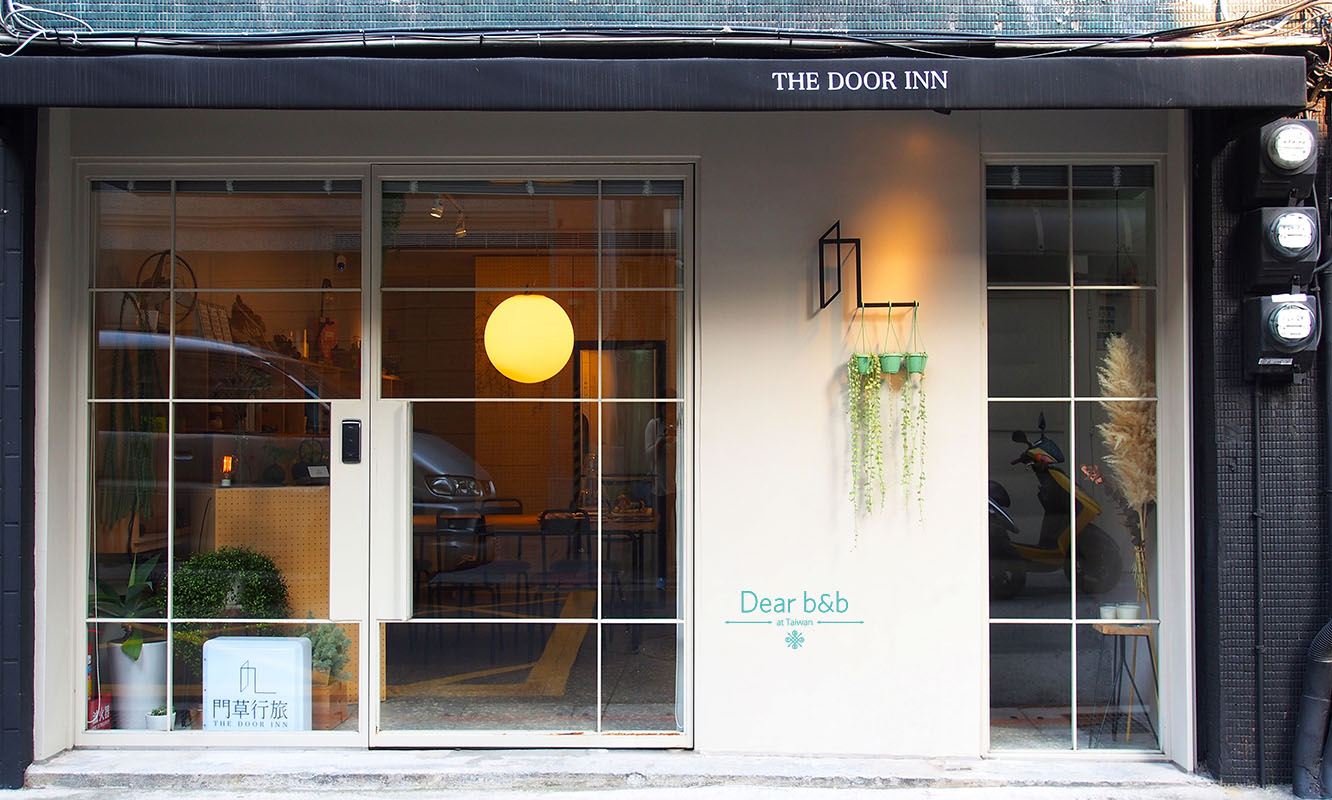 The growling of cars sounds far away as people pass by. Houses cluster along the narrow alleyways while a few bicycles spin the wheels of everyday life. A yellow light glows in the subdued ashen door frames of The Door Inn with glass reflecting the ordinary scenes of the alley. Outside the door, the glory of former days of Dadaocheng will add highlights to the collection of your travel images, while inside the door, you will relish the refined mix of modernity and tradition.

Gently pushing the door open, the interior lighting like warm moonlight on the ground floor brightens your heart. While the fragrance blended with citrus, lemon and lavender soothes your travel-worn mind and the plants hanging from the ceiling deliver a dash of green. Pull up a chair and let the elongated shadow cast by the slanting sunlight embraces your fatigue. You may pick up a book or exchange stories with the hostess PEI and the butler while they share the must-eat local delicacies with you. Or, make some of your hometown cuisines in the small kitchen and share with the other travellers at the wood table. 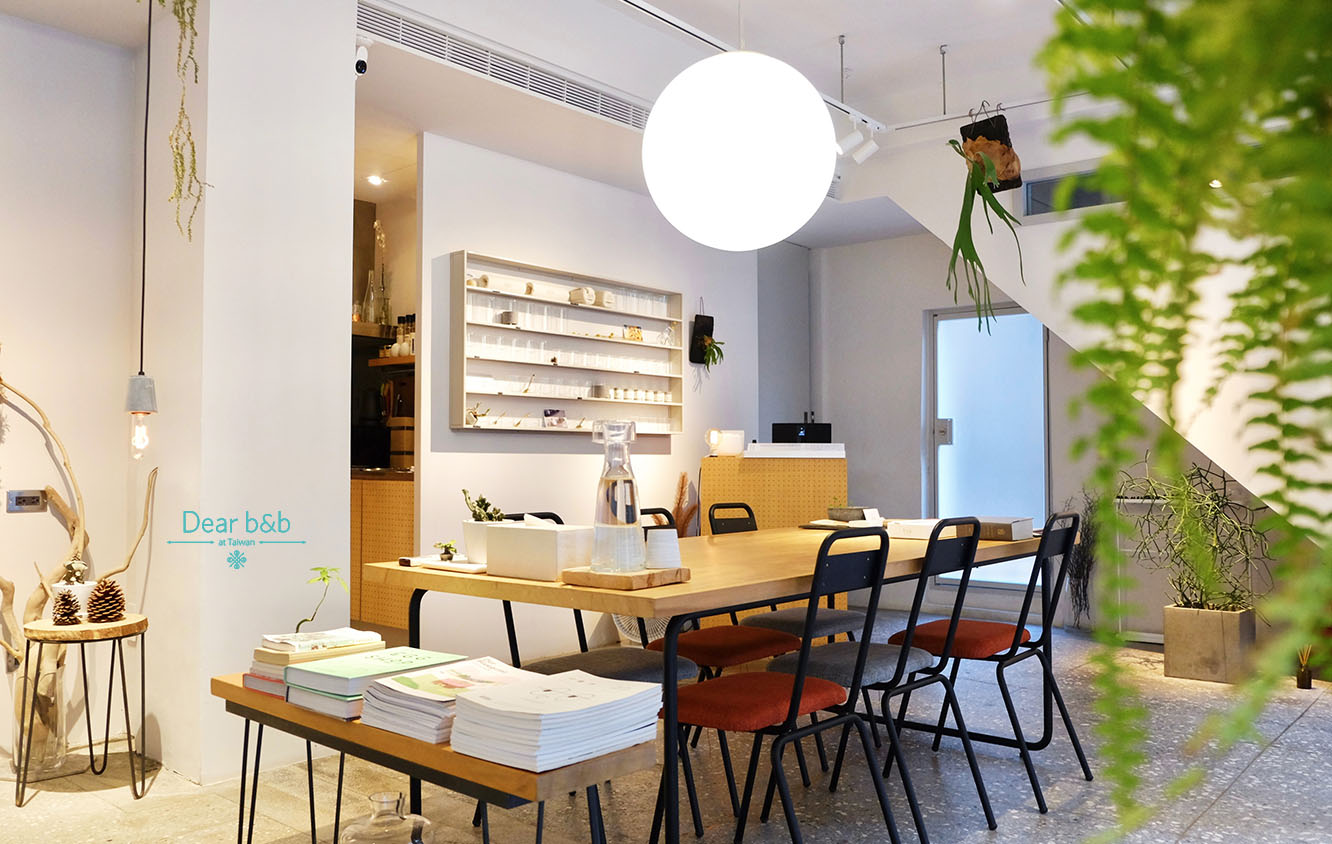 Stepping up the stairs, collect the sight at each corner of the staircase in your eyes. As the light leads the way, passing by the window down in the aisle, and discover the branches of the dream are growing out of the frame of scenery and climb on the white wall. The slanting rays of sun deftly stretch across the undulating red-tiled roofs of Fujian-style houses, then flow in the five rooms on four stories as time passes, depicting the traces of time on the white wall, shining with the plants with glows of happiness, and leaving some gleam in the gray corners. You walk up to the spacious open balcony with him, pick a cosy spot and listen to the grumbling of street life in the neighborhood while being surrounded by the plants in the corner, on the iron ladder, and under the roof. The beams of sunset gently pass through your hair and eyelashes, and within a blink, reach the softest spot of your heart.

The sinking sun follows your step into the double room on the fourth floor and warms up the bed for you, and leaves traces on the wood table and cosy long sofa and lightening up the intimate night of you two. As the night gets deeper, the magic wand of time strokes through your sleepy eyes and his gentle whispering also slides into your dream. One level below, the double room on the third floor presents the warmth of daily life in the succinct pure white space. You may lie on the bean bag sofa, as he sits by you on the carpet, revisiting the memory of your wandering on the old streets during the day together. Or, take yourself to stay in the single room on the second floor with a bed by the window, let your mind soar in the dream. 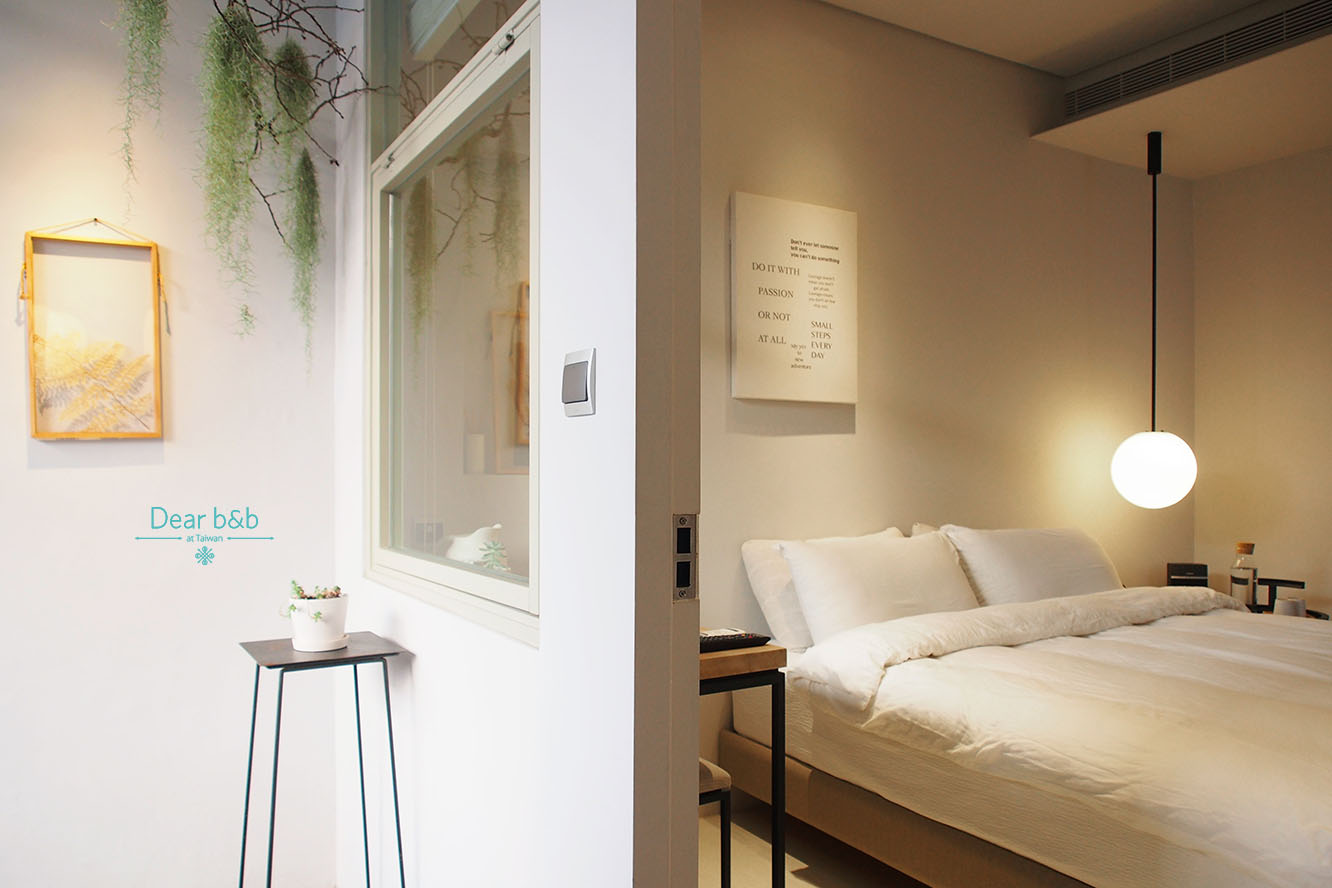 Wonderful time spreading in front of you like a meadow

The morning light penetrates the fog in the city and slips through the blinds, gently waking you up in the pure white dream. Looking at the light and shadow with bleary eyes, you just realize that the wonderfulness of life you are longing for is this simple and pure, like the branches and leaves in front of the door casually caress the everyday life, add flavor to the ordinary days, and quench the longing of the dream. Before leaving, you carefully collect every fragment of the good time, which would last in your memory for a long while, for you to relive and ponder over. 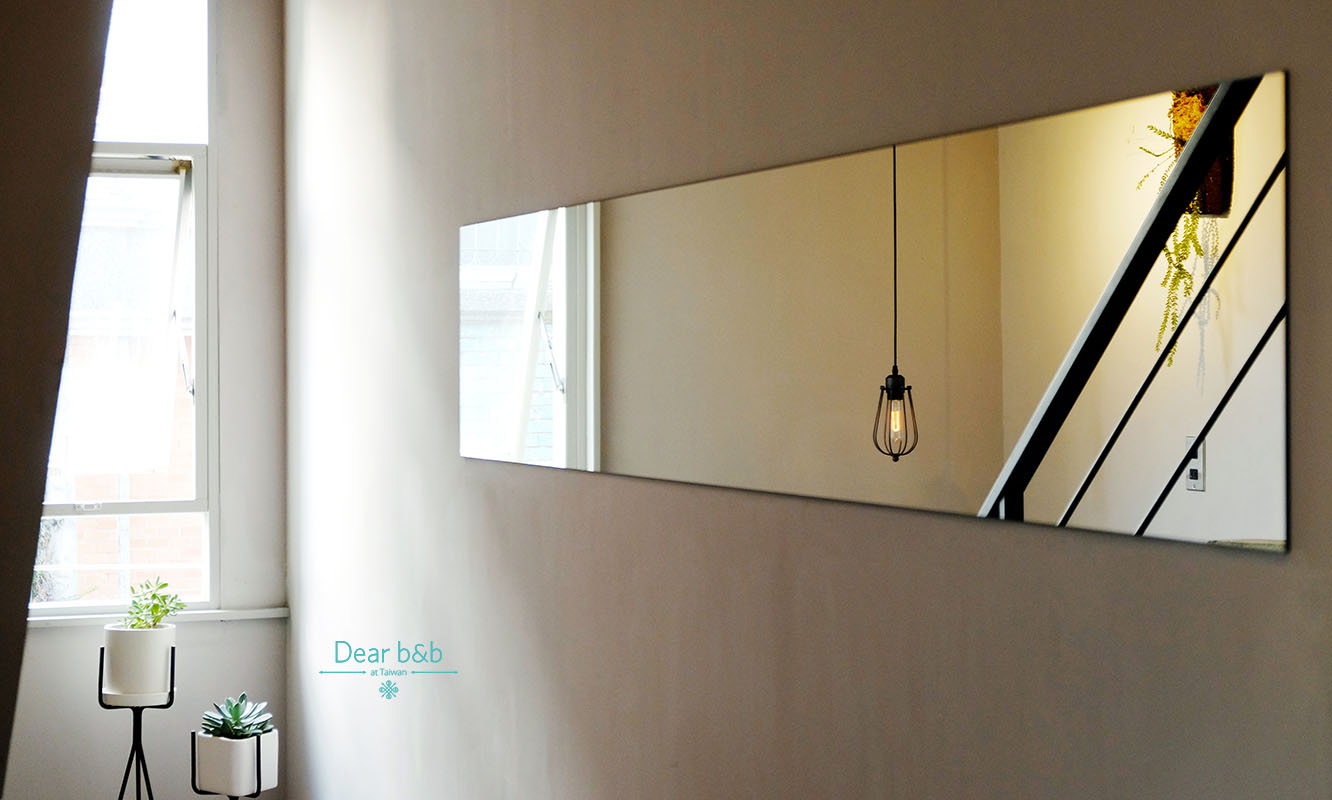 PEI．Depict Dreams on the Canvas of Life

Passing through the Dihua Commercial District in Dadaocheng area with various irresistible food aromas, we stepped into the alley packed with houses and their daily life. We meant to push the door open quietly, but the hostess PEI already greeted us with her shiny smile from behind the glass door. As the door opened, we were welcomed by a whiff of scent, just as sweet as PEI, who dressed girly with a refreshing vibe and whose eyes turned into moon crescents when she smiled. “The fragrance you are smelling is custom-made and exclusive to The Door Inn!” PEI’s words flowed in the fragrance blended with lavender, citrus, and lemon. When speaking of her past, she was comfortable as if we were just exchanging everyday conversation, but when she talked about how she transformed this old house into the lodging, her eyes were full of determination. The Door Inn was like a blank canvas on which PEI painted the ideal life of her own. 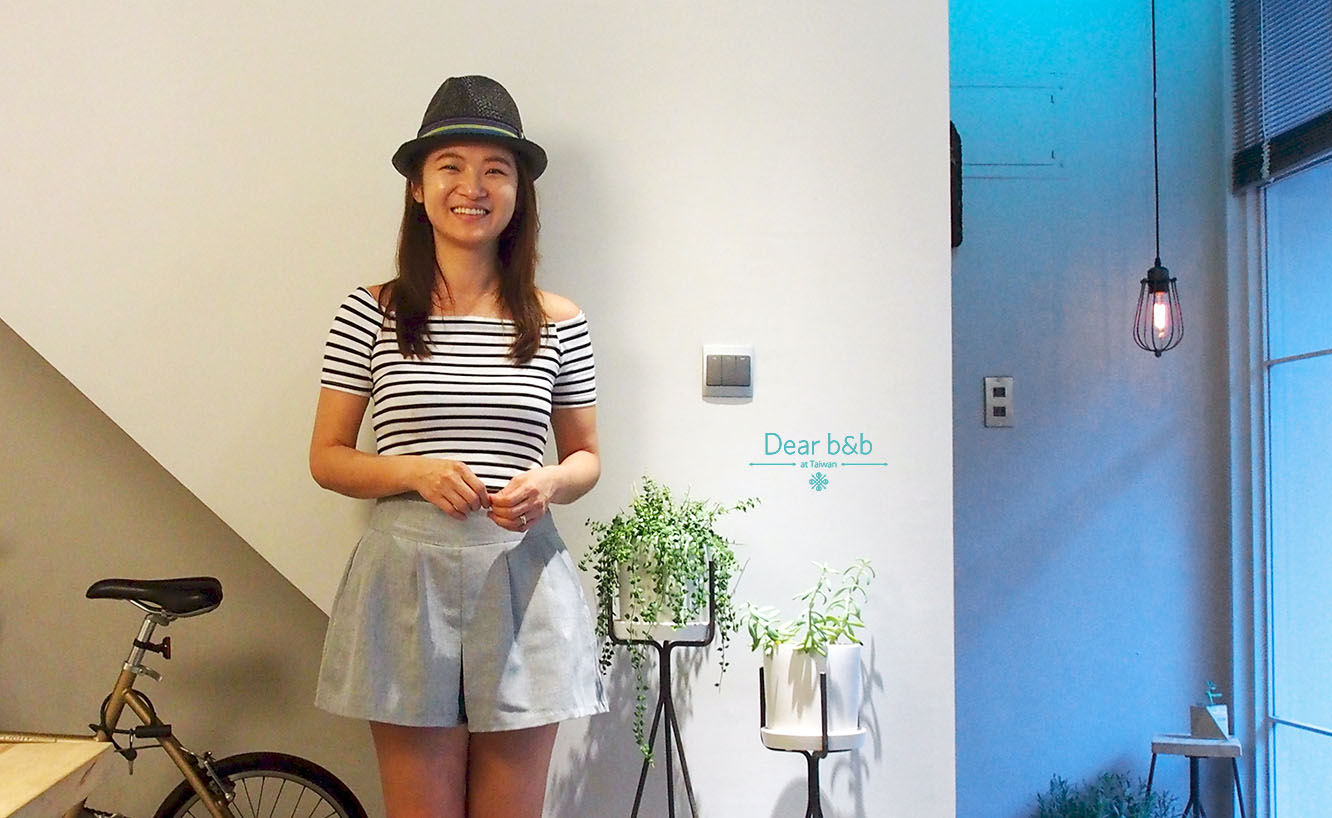 Follow your heart that leads the path to the dream

Born and grew up in Taipei until she was sent to her uncle’s house in Changhua as a rebellious teenager. The novel experience of living in the country turned out to be a wonderful time in PEI’s life. Without the noise of the city, PEI learned how wonderful it was to lead a simple and plain life. While she built the admiration for her cousin as a role model, after returning to Taipei, she also chose to study in the mechanical drafting program in high school. PEI laughed and said, “I was young and thought it wouldn’t go wrong by following what my older cousin did as he was more experienced and knew a thing or two.”

Afterward, PEI entered the Interior Design Program of the Department of Design at National Taiwan Normal University. But as the university bore the mission of preparation of teachers, she soon realized that the teacher-training courses did not get her closer to the dream of being a designer. While her friends from other design departments at other universities were busy with their graduation exhibition, PEI was puzzled by the theories on paper. As the cramming was too painful, PEI even thought about taking a leave of absence from the university. Although being perplexed about the future direction of her life, at least she was convinced about which path wasn’t suitable for her. With the support of her friends, she staggered to complete the degree.

After entering an interior design company, PEI started taking a variety of projects, from the real estate reception centers and villas to the renovations of old houses, she quickly accumulated rich experience through one challenge after another. However, the further she advanced on the career path, the more unsatisfied she felt deep down. For quenching the hankering for a change, she decided to pursue a master’s degree in a foreign land and a different new path. 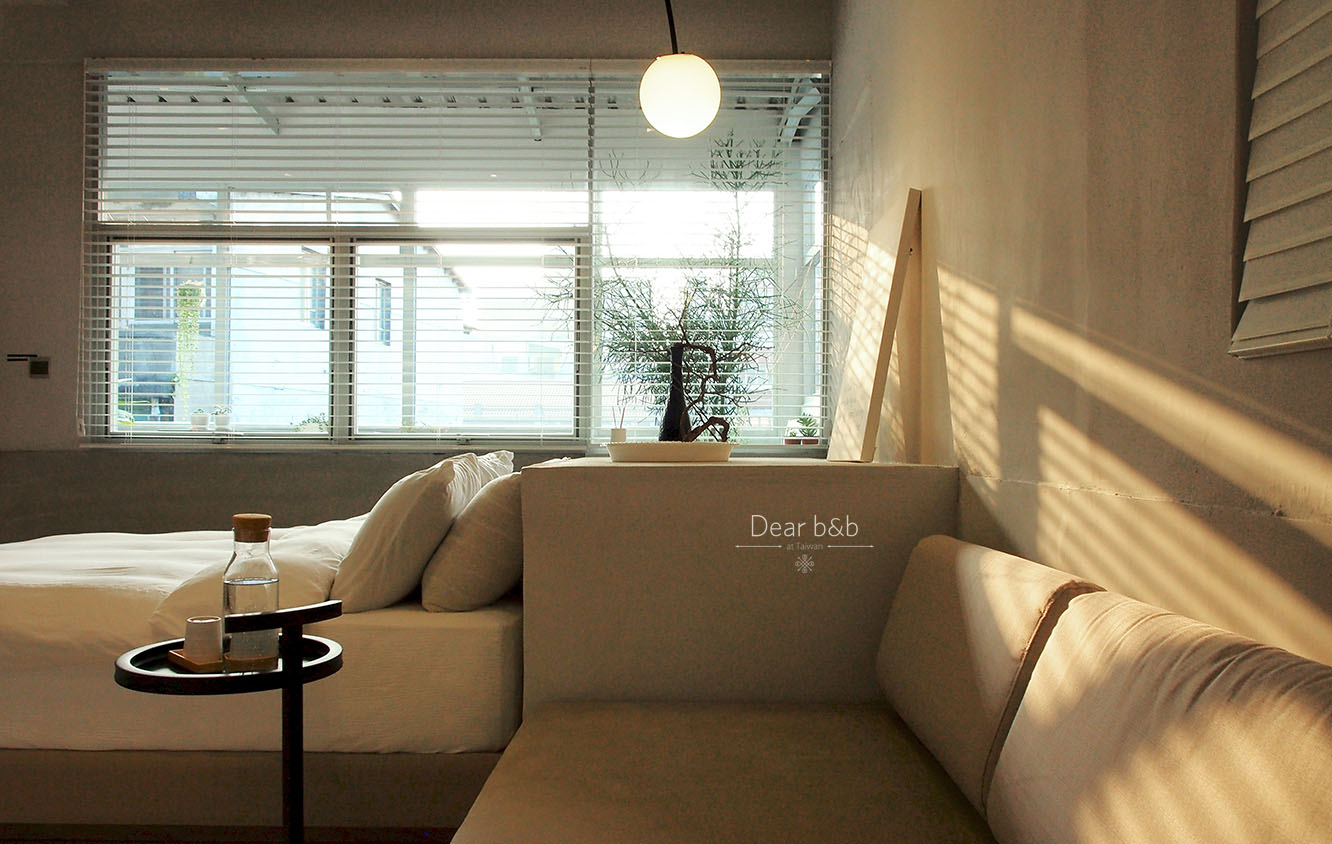 Bring the ideal life in Italy back to home – Taipei

“Now think of the life in Italy, I still can’t help but giggle!” Being a student again, the one-and-half-year life in Italy was a sparkling and dreamy period for PEI. Opening a new page of her life, PEI expanded her horizons and boldly moved forward to achieve her dream. Upon finishing the master᾽s degree, PEI bid farewell to the brilliant life abroad and brought the brand new self back to Taipei. She worked at an architect᾽s office for a while and learned again that what she longed for was not on the battlefield of the business world, but in building a homey lifestyle.

Therefore, PEI began to freelance the design projects that attracted to her, and Duomo Café was born at that time. PEI᾽s eyes sparkled when talking about Duomo Café, “‘Duomo’ is the Italian word for ‘church’, and in Italy, duomo is the center of people’s lives that bring the urbanites together. I hope Duomo Café can be a place like that.” If Duomo Café was the bridge that connected people, then The Door Inn would be a window to open one’s imagination for life.

Back when PEI was about to graduate, she once made a wish out of nowhere, “I want to be a hotel tycoon!” No one expected that throwaway remark, like a sleeping seed of dream buried in PEI’s heart, would be realized years later. Following the success of Duomo Café, PEI continued to seek out an ideal old house for renovation. After more than two months of unremitting efforts but no result, PEI almost wanted to give up. However, she then met a four-story old house in the historic Dadaocheng area, where once served as the commercial center of old Taipei and played an essential role in breeding the city’s culture. Upon opening the door to the old house, it also opened the door to the new life that PEI looked forward to, while the past full of stories was unfolded before her eyes. 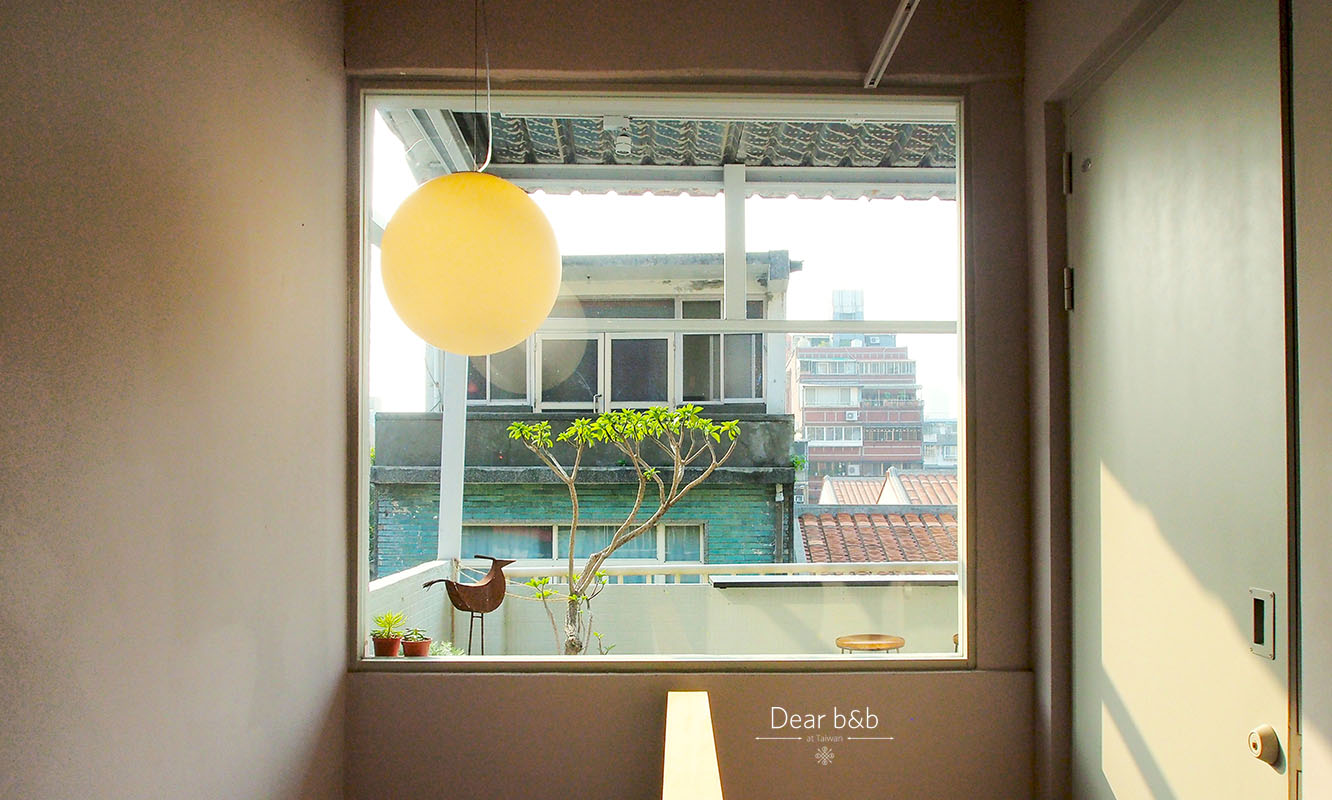 The dream grows with the support of love and determination

Spending more than four months for designing and renovating, PEI personally devoted in every detail from the interior fragrance, the plants on stairs, to the pressed flower arts hanging on the wall. No matter how many times she cried or hit the wall, PEI didn’t give up the opportunity to realize her dream. “I would go to the park nearby to sob by myself! If it wasn’t for him, I don’t think I could get through all these.” Speaking of the hardships in the process, PEI didn’t forget to thank her husband’s support along the way, “Everyone thinks that I’m very brave, but actually my husband is braver than me because he trusts and supports me to do whatever I want to do unconditionally.”

PEI realized her aspiration of life through The Door Inn. As every corner in the lodging is an extension of the imagination for life, travellers can dream boldly and let their minds soar in the fantasy here. An ideal life can be found in The Door Inn, as one can depict the footprints of time and change the appearances of the daily life in Dadaocheng, a district where the history and future meet. As PEI continues to live out her dream, The Door Inn stands here with the support of love and determination, cherishes every encounter with the travellers, and gently embraces their stories. The dream would keep growing, with branches spreading the passion. 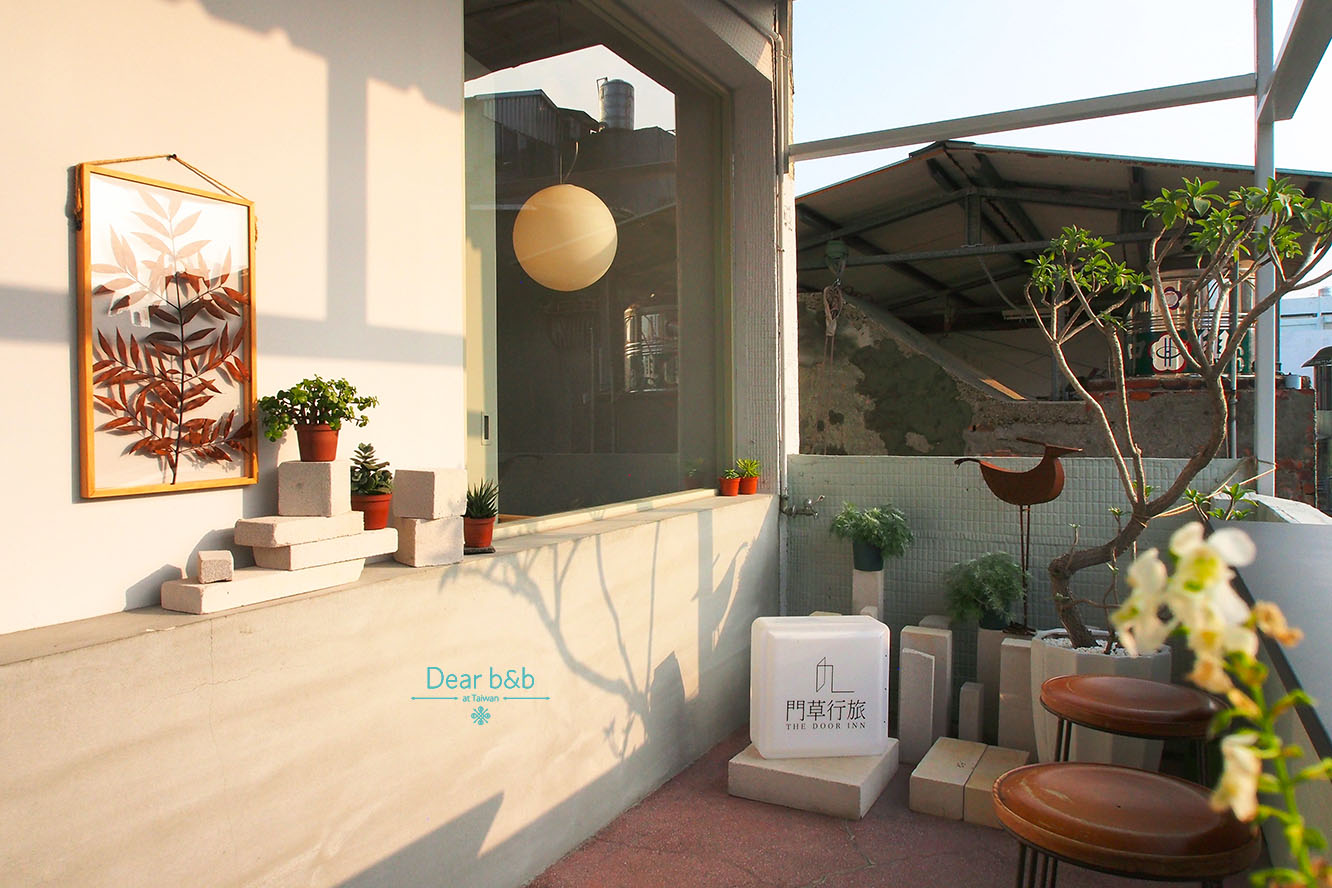 Breakfast not included, On the 4th floor, In-room bathroom, 1 double bed, Up to 1 extra person (with extra bed) (more)