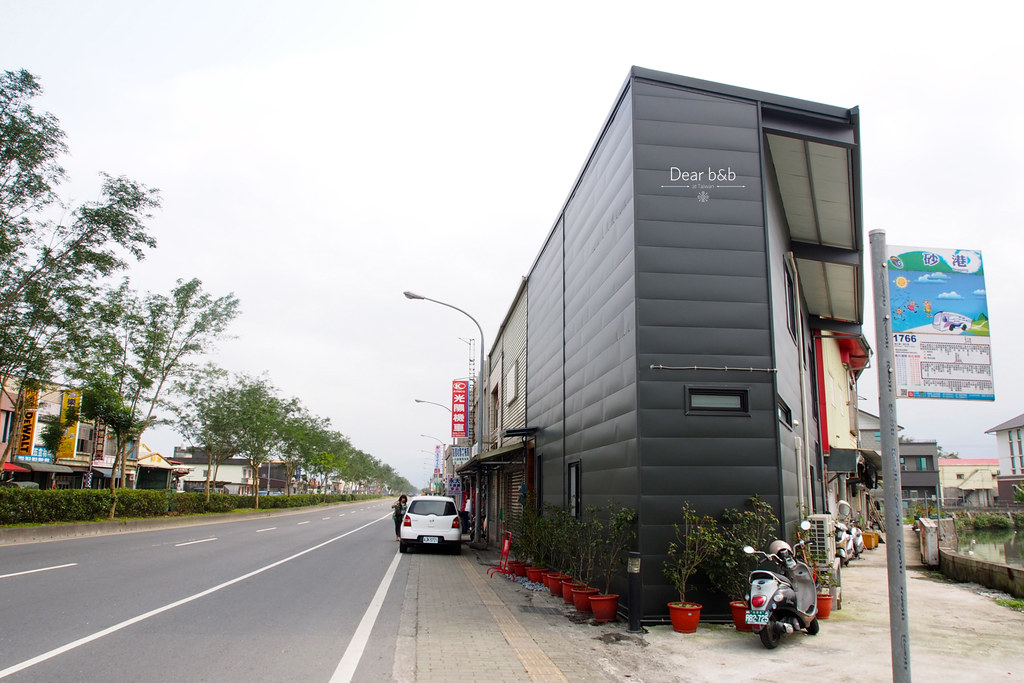 Are you longing for a spontaneous trip on the spur of the moment? Just get off work early on a Friday, change into pretty outfits, grab a few six-packs of Belgian beers, and bring some CDs of Swing Jazz. Passing through the Hsuehshan Tunnel and crossing over the Lanyang River, four good friends in the car sway to the Swing music and beat out the rhythm, while the waves of rice fields dancing in the sunlight. Starting by hopping in the car, the vacation should be so lively and trendy just like this! Parking the car in a dashing fashion and getting off elegantly, you arrive at the junction of Luodong and Dongshan, where a mysterious simple house in black stands next to the Beiyi Highway. Here is JP Loft, with its extraordinary style and charming hospitality, help you create the splendid vacation time of your own tonight. 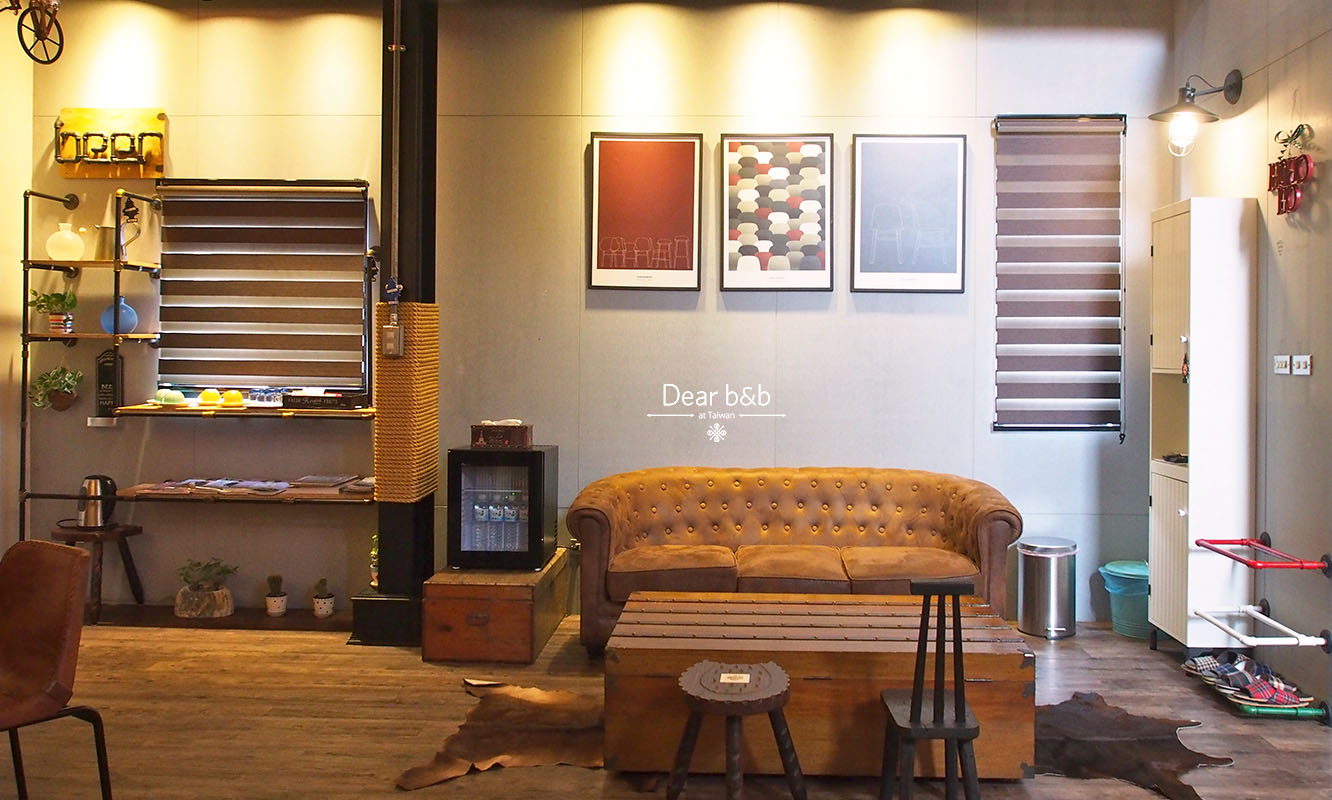 Behind the thick door of JP Loft, a combination of the styles of British rock 'n' roll and Broadway in Manhattan provides a nice surprise. The trapezoidal space that almost like a triangle is designed in a two-story-high loft style and covered by wood grain floor. Black H- shaped steel columns, cypress wood sleepers, and bare steel pipes intersperse between the ceiling and spacious living room. In front of the three-seat vintage leather sofa sits an exquisite treasure chest on a cowhide rug. A few warm yellow Edison light bulbs along with several beautiful abstract paintings, rough but tasteful and stylish at the same time, create a fascinating light industrial style.

Ascending along the stage-like staircase, you’ll find two double beds sit side by side, waiting for you and your besties to chat and laugh through the night, till you all fall into dreams. While the two-story faux retro red brick wall is the soul of JP Loft and the hosts’ favorite feature, what’s more special is the large black-and-white photograph work on the wall of the second floor, shone by the bright track lights and glamorous chandelier. It is the famous attraction – Yilan Mr. Brown Avenue – shot by the father of the host brothers, Jia-rong and Li-lun. The oil-painting-like effect blends the bike riders into the farmland, forming a winding road that leads to a place called home. 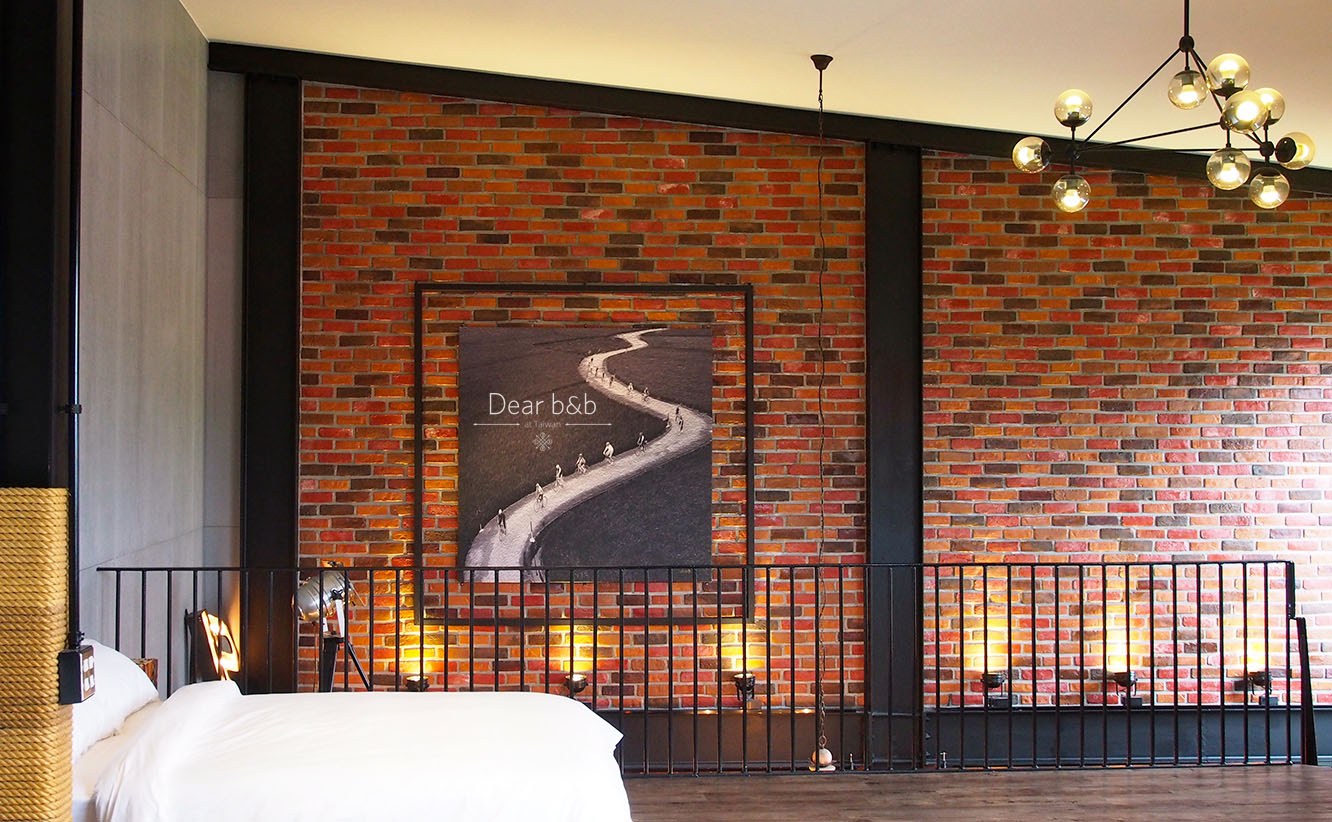 The peerless treasure in the hometown

Jia-rong used to work in Hsinchu, but in order to raise his first child in a good environment, he entrusted his dearest wife and son to Yilan, his hometown, in the hopes that his son would grow up not only among beautiful mountains and waters but also in the loving care of the grandparents. Therefore, Jia-rong never felt toilsome when he had to travel back and forth between Yilan and Hsinchu twice a week for a total of four hours on the road.

JP Loft was originally a simple sheet metal house that Jia-rong’s father rented to a street food stall. After the vendor moved out, Jia-rong’s father thought it could be turned into a warehouse and then rent out again, but the idea was rejected by Jia-rong and his younger brother Li-lun. “Let’s try to build a b&b!” The random inspiration motivated the inexperienced brothers to take action. As the warehouse had already been built halfway, the brothers simply utilized the two-story sheet metal and H-shaped steel columns as the base of the b&b. They also applied the esthetic and fashion taste learned from their parents to create the whole space. Li-lun, who at that time was still working in the bank, took the initiative to shoulder the great responsibility for supervision, design, and furnishing. He collected a large amount of information and even went to Milan to watch exhibitions, just in order to build a chic lodging that Yilan never had.

After half a year’s endeavors, the blueprint in the minds of the two brothers has been finally realized! Their parents used to have doubts about their doing, but now changed their minds and helped out in the end. The “J” of “JP Loft” comes from the name of Jia-rong’s son – “Jue.” Jia-rong names the lodging after his son not only as a gift to his child but also hopes that the space can be a peerless treasure. Here would be a piece of dreamland in their hometown where the family gathers and builds their dream together. 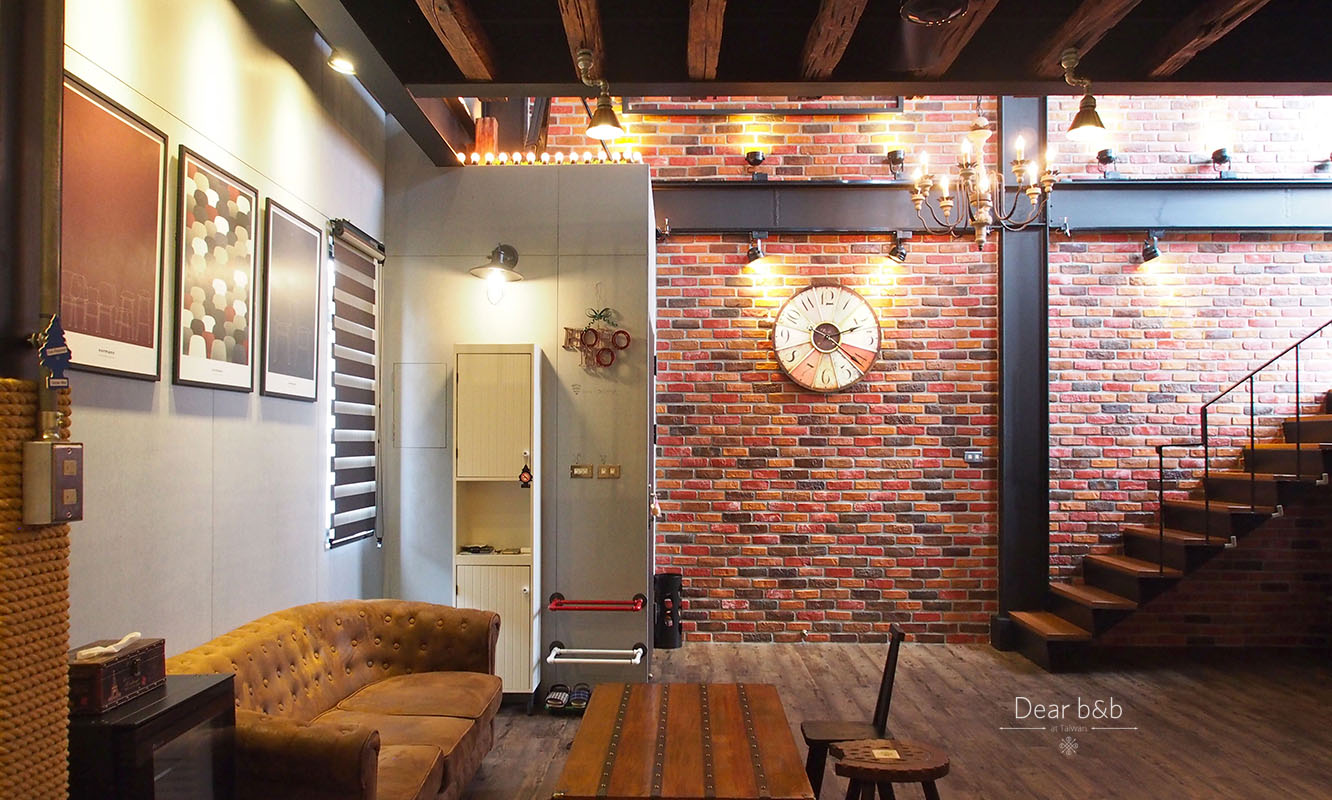 Staying in the fashionable house exclusively, day and night

At night, you may bring back an assortment of delicacies from Luodong Night Market. In this splendid space of JP Loft, you and besties share delicious food and beers, watch a few movies, and just render the vacation into an improvisation of cheerful time. When you rise in the morning, the daylight floats in with gracefully, shining the stage-like platform where the hyper mood from last night seems to linger still. As Parov Stelar’s hit song “Booty Swing” was played all night yesterday, you seem to once again hear the melody gently swaying by your ears. JP Loft, the exclusive fashionable house, delivers a stylish and elegant taste for you to savor. Though the vacation time is not over yet, you already begin to miss everything here.

Inaccuracy may occur when using Google Maps Navigation. Please enter 宜蘭縣冬山鄉冬山路三段29號 for GPS location and contact the lodging when arriving.

Inaccuracy may occur when using Google Maps Navigation. Please enter 宜蘭縣冬山鄉冬山路三段29號 for GPS location and contact the lodging when arriving.