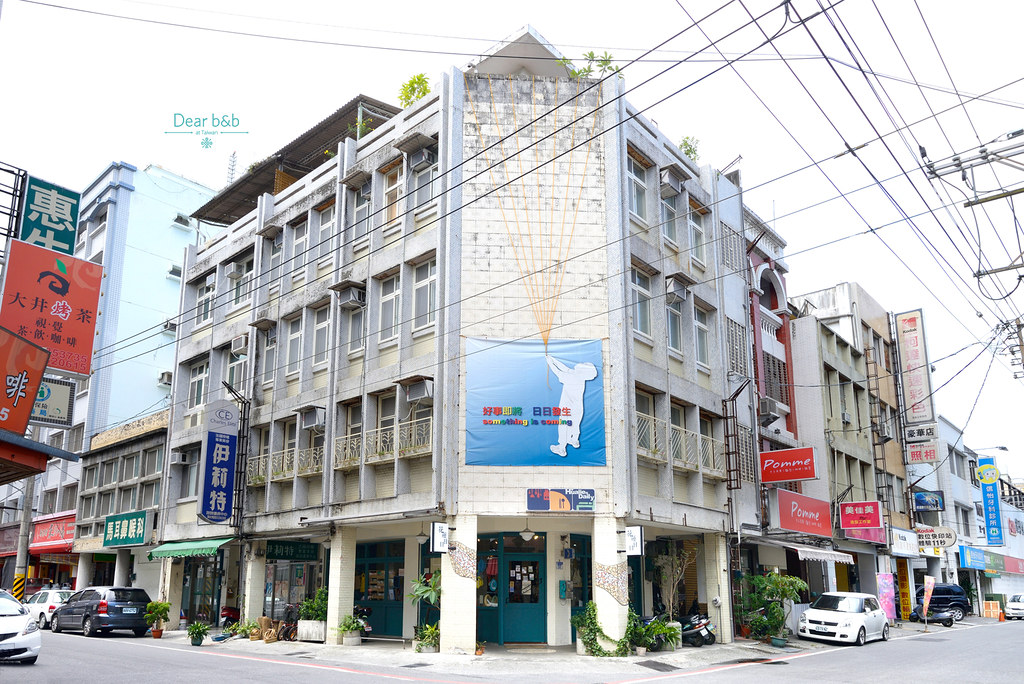 Have you ever imagined the lifestyle, in which you would bathe in the sunlight in the morning, enjoy the simple but tasty diet, use plain but handy utensils, and encounter stories one after another in the seemingly ordinary days? These wonderful scenes that seem to appear only in the movies or some old photos, would actually happen when you open the door to Hualien Daily B&B, where welcomes you with its daily beauty all over the place. 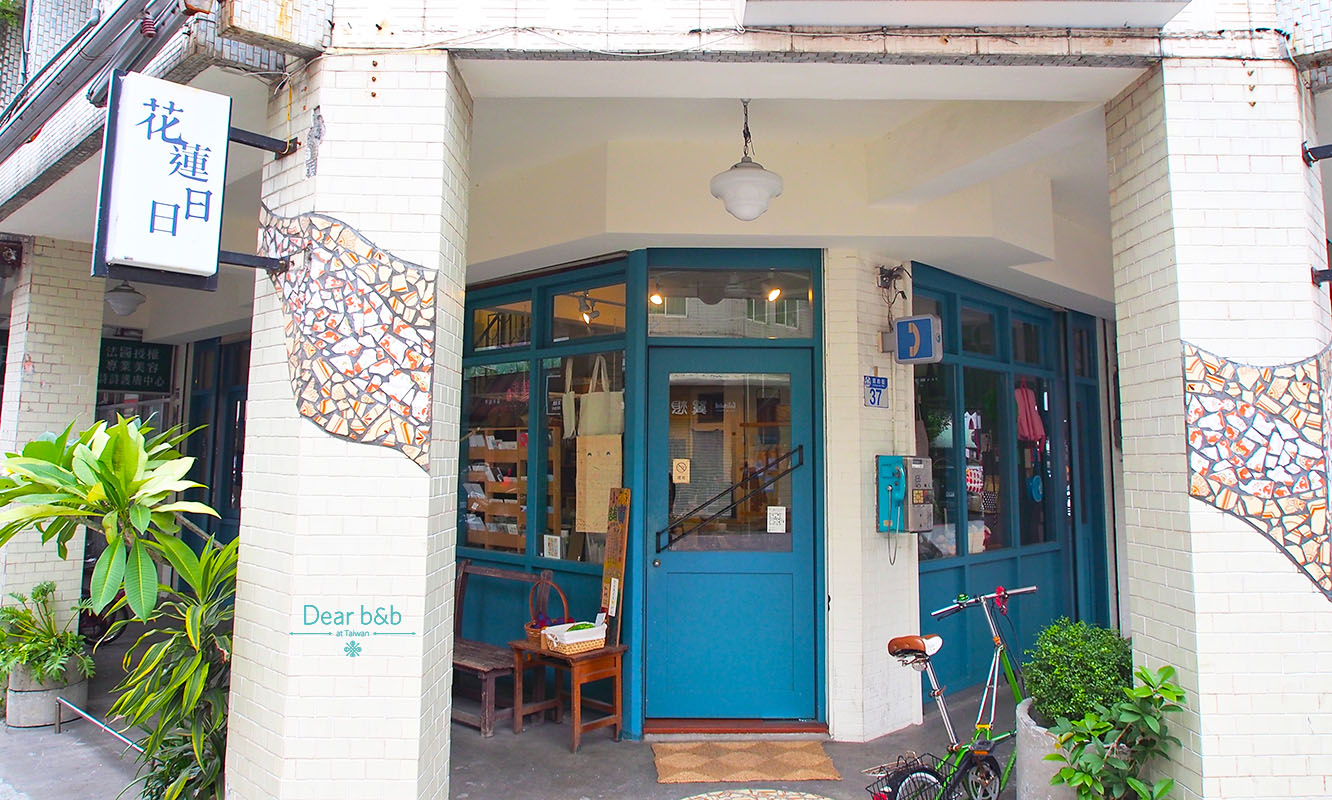 A soulful place in the neighborhood

Permeated with a strong sense of artistic air, Jieyue Street in Hualien City gathers a mixture of bookstores, cafés, craft shops, and select shops, along with the traditional neighborhoods with scooter and barber shops, all integrating into an exclusive local charm. Among them, Hualien Daily B&B, a vintage gray beige building with a turquoise door, stands in this quiet and lovely block.

Pushing open the door, the ground floor is a lifestyle shop with various goods. Ascending along the retro stairs by the wall, you would be embraced by the simple and warm ambience on the second floor. Slower your steps, listen to the conversation between the sunlight pouring in from the window and the plants indoor, while the old floor tiles also join the talk and tell you about the stories of the old building. If you get lucky, you might be able to join one of the events sporadically held by the B&B from craft and DIY workshops to opportunities to taste the limited edition of takikomi rice meals! The hostess Sumin hopes to build Hualien Daily B&B to be a place full of energy, thus through the events, people have a space to work with their talents or specialties, and the B&B is imbued with refreshing spirit and vitality by connecting more people as well. 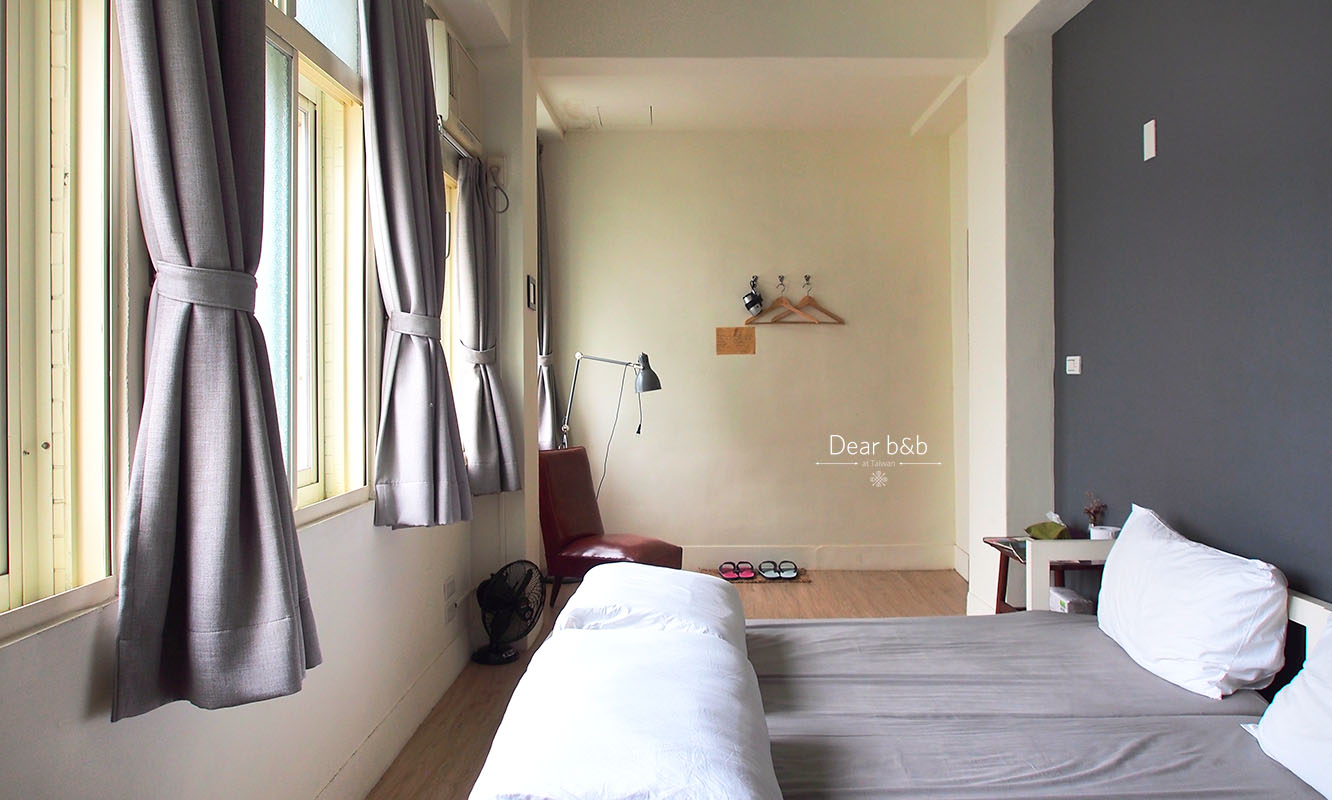 Encounter the daily life in the old building

When walking into the rooms, it is like stepping into some fragments of forty-years-ago past relived before your eyes: The single room at the end of the hallway belongs to a youngster, who is enjoying his soaking time in the mosaic-tile bathtub and staring blankly at his toes; his parents sit in the parlor of the family room, paging through some newspaper; in another room, the grandma is sitting on the tatami, chewing freshly wrapped betel nuts. As the B&B is reformed from a big residence of a three-generation family, Sumin hopes to preserve the items that are hard to be reproduced while also add suitable furniture with a good design to make the accommodation experience comfy and homey. Although the time that has gone by can’t be rewound, new stories encountering with the old days can be told in the reborn space.

Travelers can enjoy some food and beverages while browsing books and magazines in the common area on the second floor. On the third and fifth floor, there are also spacious reading spaces with a nice collection of books. You may pick a quiet corner to read the life between the pages, opening a new window to your daily routine and settle the soul. In a blink, the sun is sinking in the west. The time spending on wonderful things seems to flow by faster, but it’s time well spent. 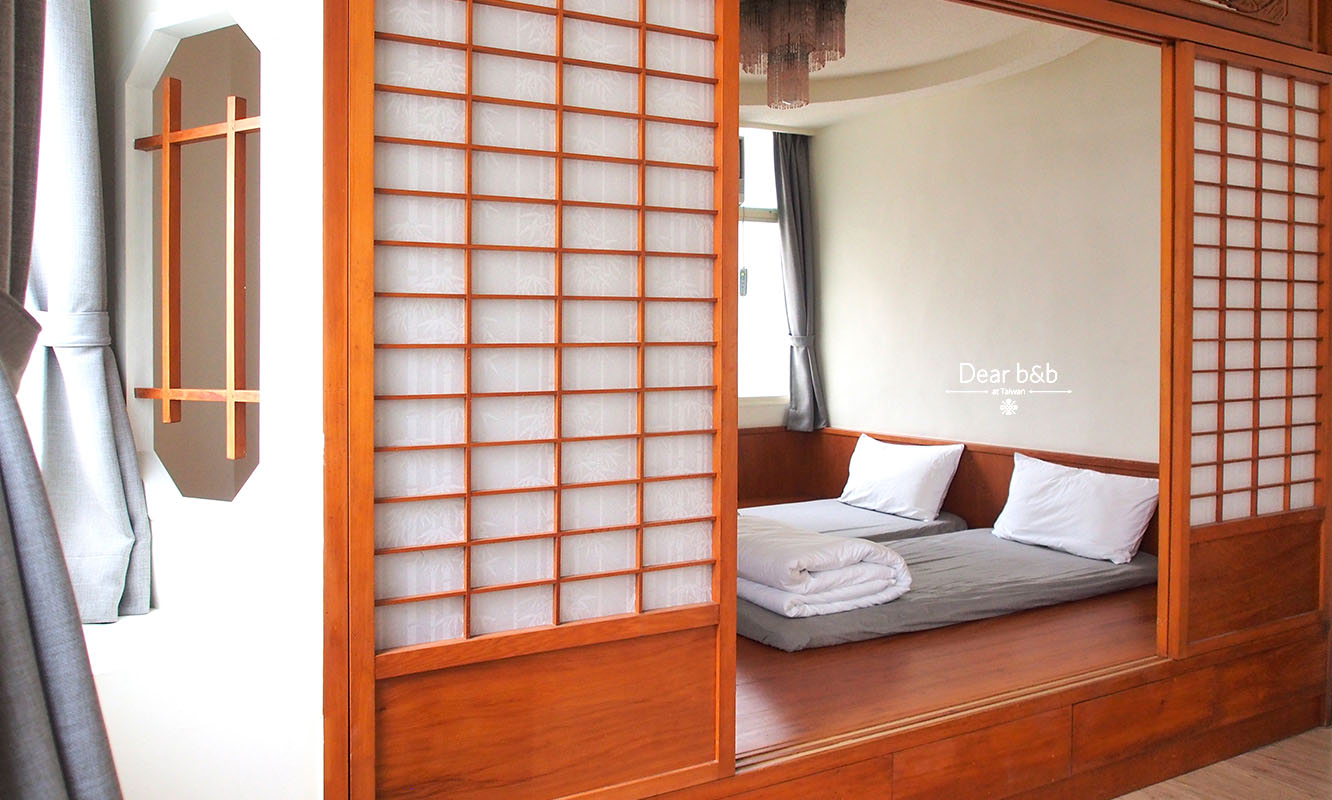 Travel in the life between the mountains and the ocean

Opening the window in the morning, the golden beams of sunlight shine on the vigorous Hualien City. The lively chatting of the local people in the neighborhood flows in through the window, while you are freshening up and putting up an energetic look. Stepping downstairs, the butlers send morning greetings and serve up the delicious breakfast. Potatoes are seasoned with unique spices and pepper salt after being simply roasted, along with boiled fresh vegetables and hand-made bread, the taste of happiness just spreads in your mouth while you savor the meal. Sip the aromatic traditional black tea with a sweet aftertaste, accompanied by the distant mountains and the neighborhood outside the window which blend into a picture in your eyes.

What would Hualien’s daily life remind you of? An ideal life? A novel that you’ve never finished reading? Or the strange but familiar self? No matter what may be triggered in you, just embrace the goodness and leave the negative emotions in the mountains and the ocean. Embark on the journey and gain deeper faith in yourself as well as in the world that day by day, we are all getting better and better. 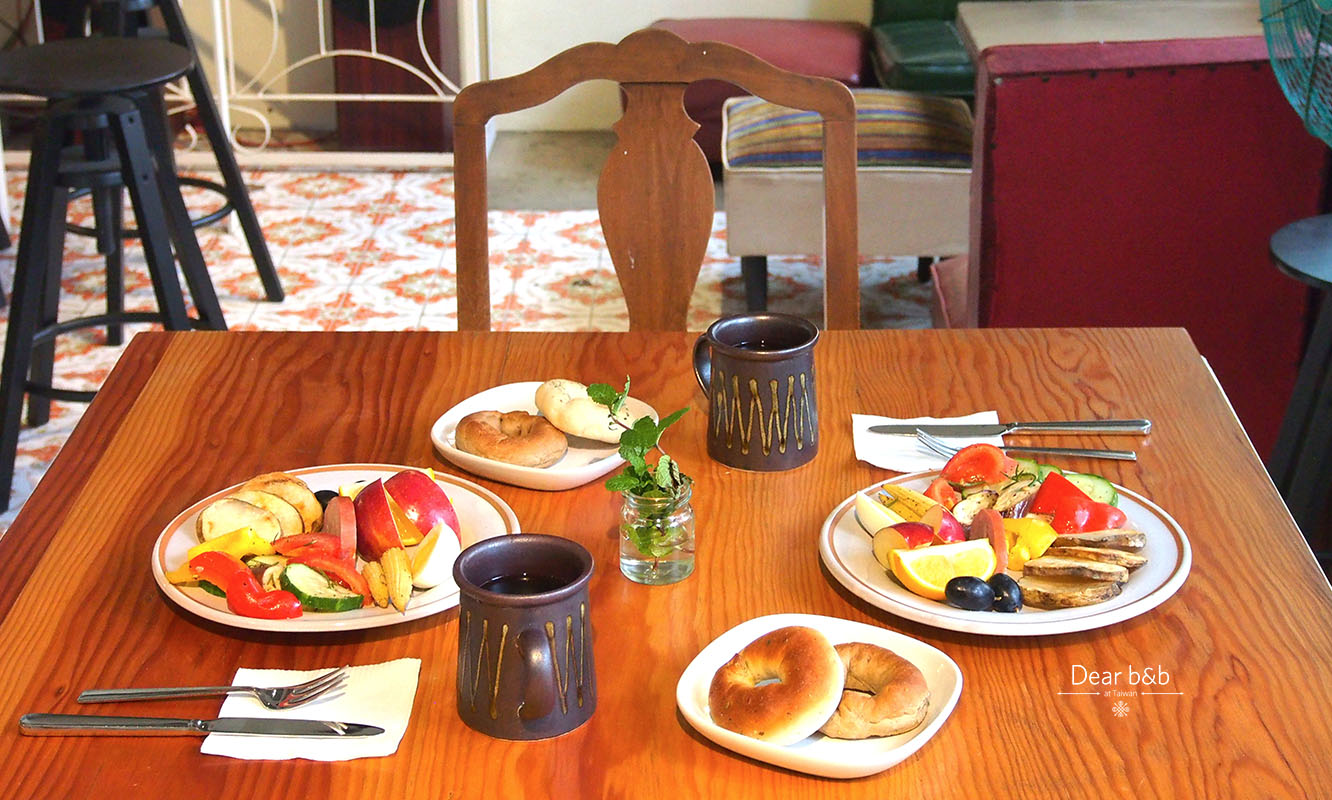 Sumin．Setting off Waves of Creativity with Faith and Dedication

When we first met with the hostess Sumin, the glint of perseverance shown in her eyes and her shoulder-length hair was naturally side parted. Wearing a simple and sophisticated look, she spoke in a tender voice but straight to the point while emitting a confident but not intimidating vibe, fascinating us with her life story. 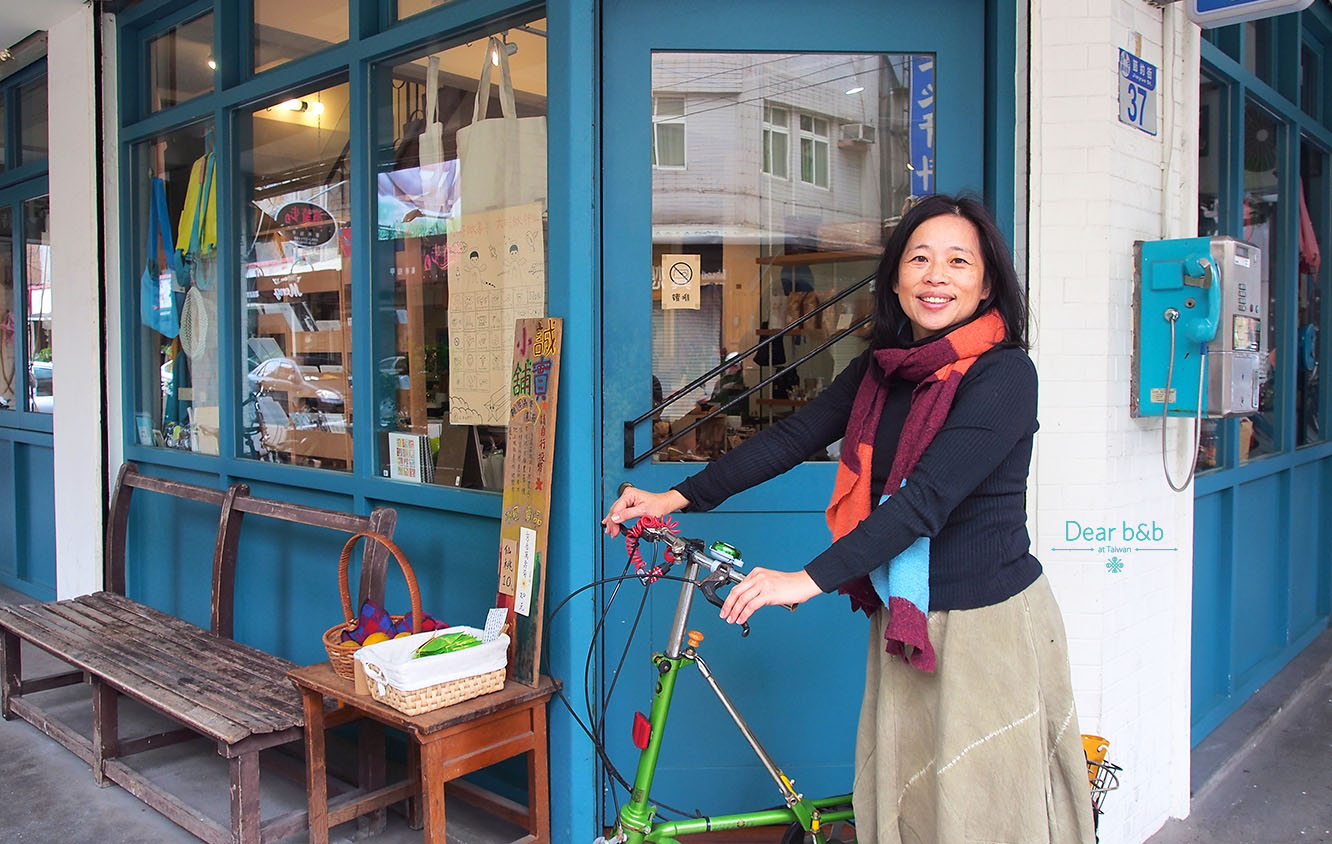 Sumin went to Sweden to study when she was only 12 years old. Growing up in a social-welfare-centered country, Sumin has been concerned with issues on people and public affairs. Back to Taiwan, she relocated to Hualien and found much space for improvement in local environmental protection. Therefore, she devoted herself to the land and participated in promoting the betterment for Hualien. Rather than radical social movements, Sumin took a softer approach by holding events like concerts and workshops. When people were drawn by these activities, they could actually experience the intimate relationship between themselves and the environment, as well as being intrigued to learn and care more about the land beneath their feet.

When asked of the catalyst for her engagement in local environmental movements, Sumin smiled and explained. Since she had stayed in Sweden for a long time, when she just returned to Taiwan, she also spent more time with foreign friends and didn’t bear a strong sense of identity to align herself with her home country. It was until when she moved to Hualien, living between the mountains and the ocean, that made her alive to the local vitality and her sentimental attachment to the land has been revived as well. The beauty of Hualien prompted Sumin to re-root in Taiwan, and she could not help but begin wondering: “Hualien is such a good place, why do people seem not to know about it?” 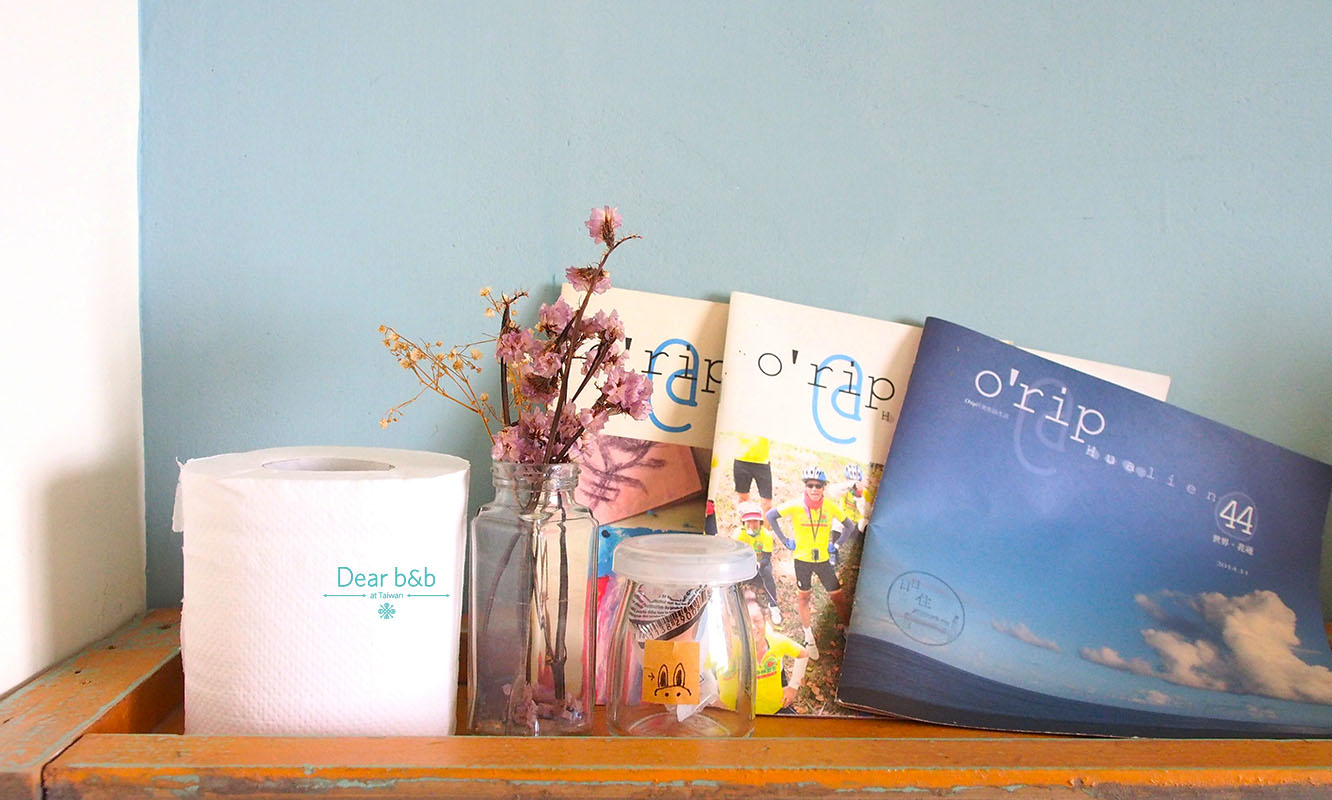 In the hope of “promoting the beauty of Hualien,” Sumin and a few friends created “O’rip” magazine, telling the stories of the land and people of Hualien, as well as the issues on the environment and arts. With a positive attitude, Sumin always pressed ahead with all-out efforts. When she encountered with the building of current Hualien Daily B&B, she thought: “Maybe it would be easier for our partners to try out something they like here.”

Going with the flow, Sumin formed Hualien Daily B&B to be like a sponge, which soaked up whatever approached it, instead of being intentionally designed by her. Thus, a lifestyle shop popped up on the ground floor, selling natural and local products, while the basement and the second floor became the space for Sumin’s friends to apply their creativity. With “Good Underground Art Space” set up in the basement, they planned to have artist residency program, workshops, and forums there, not only imbuing new life into Hualien Daily B&B but also planting arts into the land of Hualien. 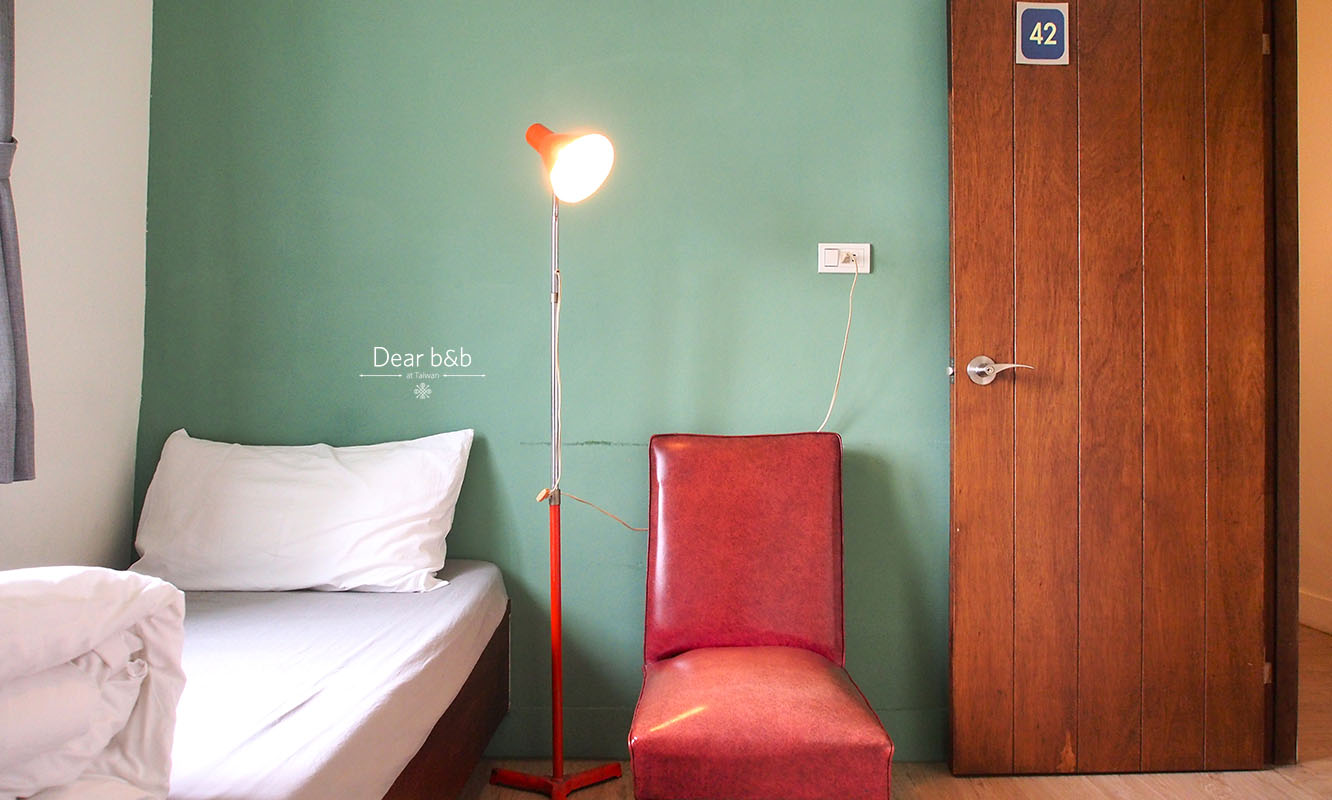 The time came to ripe with the accumulation of life

After hearing about Sumin’s life and work in Hualien, we were amazed that she has always been willing to be the pioneer to cultivate those wastelands. When asked about the motivation behind her determination, Sumin shrugged and said: “I’m actually a spontaneous person, instead of ‘thinking before doing,’ all the decisions I made came from the accumulation of life, they just happened when the timing was mature.”

What Sumin said seemed light and casual, but from what we have seen, all of these wonderful things that made people, Hualien, and Taiwan better, would only happen with Sumin’s enthusiastic curiosity about the world, her sensitive, perseverant mind, and determined execution.

When we stepped out Hualien Daily B&B, the sun has moved a bit to the west. On Jieyue Street, a mix of smell of shampoo from the barber shop, the fragrance from the art store, and a whiff of salty sea breath was in the air. Sumin waved us goodbye and cycled to her next work. Her shimmering silhouette got further and smaller under the sunshine, just like the sprays from the sea, shining with the soul of Hualien.

Check out others who have been here

Check out the host’s life